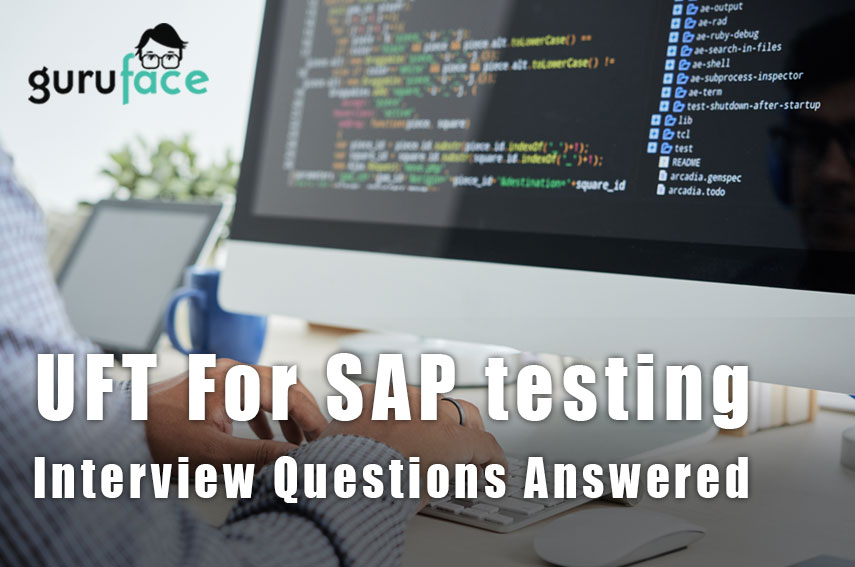 Flexibility, scalability, and efficiency are a few factors that drive the demand for SAP among businesses. Having said that, the SAP implementation is never easy and the businesses considering it needs to focus on multiple factors including the testing effectiveness of solutions.

Over the years, various testing tools have gained popularity among SAP business owners group. Unified Functional Testing (UFT) is one of the most popular amongst them. What are the other popular SAP testing tools? Why UFT is the best tool for SAP testing? This discussion between Wally Tauriac, Software Engineer and Test Analyst with over 40 years of experience in several fortune 500 companies and author of SAP test automation using HP UFT; and Ben Xavier, CTO, Guruface.com aims to answer these questions.  And also tries to cover all other important questions that you may have in mind regarding the implementation of QTP/UFT for SAP applications.

Questions and Answers on QTP/UFT for SAP Automation Testing

1. Ben Xavier: What are the tools used for SAP Testing?

As I mentioned, UFT is still strong in the functional testing market.

2. Ben Xavier: Why use UFT over other tools for SAP testing?
Wally Tauriac: UFT has been around for a long time and therefore supports multiple versions of SAPGUI, multiple browsers, multiple operating systems, with continually growing functional services to meet customer needs.

3. Ben Xavier: What are the business benefits of SAP Test Automation using UFT?
Wally Tauriac: There are several benefits to name, whereas I believe the following benefits of UFT have contributed to their quick adoption among SAP business owners.

4. Ben Xavier: What are the career possibilities of SAP automation testing using UFT?
Wally Tauriac: There are 100s of jobs available for UFT knowledgeable individuals to test SAPGUI applications around the country. The roles are known as Quality Assurance Analyst, Tester, Automation Engineer, QA Engineer, and others.

If you have more time, here is a video that provides a detailed understanding of how this example was developed in UFT.

6. Ben Xavier: How do we modify a SAPGUI script?
Wally Tauriac: SAPGUI applications are challenging test objects for test tools. But UFT can adapt to what SAPGUI requires for a test script. Here is what a UFT test script looks like for SAPGUI.

For more details regarding viewing and modifying a UFT script for testing SAPGUI, here is a video that is part of my training course on UFT for SAP Testing, published on Guruface.com.

7. Ben Xavier: How do we test SAP Portal and SAPGUI applications using UFT?
Wally Tauriac: The UFT IDE is the normal tool used for running UFT test scripts. This includes SAP Portal and SAPGUI applications which are two of many UFT protocols. Because UFT coding syntax is supported by the VBScript language, it is an alternative way that UFT scripts can be executed. And a third method of executing UFT scripts is using its sister product called ALM or Quality Center also owned by Micro Focus.

Do You Want to Learn and Implement QTP/UFT for SAP Testing?
If the answer sounds Yes, you may join an eLearning course on QTP/UFT for SAP Testing by Wally Tauriac on Guruface.com, which is one of the fastest-growing and top-rated eLearning platform. This course is specially designed for those who want to learn or master the art of developing effective ERP test scripts using Unified Functional Testing (UFT).